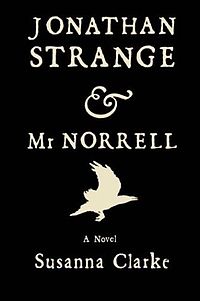 This is the large tome I have been reading lately!
I found it, newly ordered, from my friend the school librarian! the book consists of magic, Austen-style writing, and (very lengthy) footnotes, for which the credits are not mentioned in a bibliography and thus probably all fictionalized. The book is a whopping 782 pages in small print, and I am quite surprised to have gotten 155 pages in during the first week! quite a good piece of literature if you scoff at horribly written books like “divergent” or “Twilight”

so: a quick note on how i have been feeling lately-

After a long long process of sifting through poetry, typing it up, looking at the thousand and one directions of what and what not to do in this actually very easy process, mailing it out, and then WAITING AND WAITING FOR A MONTH AND A HALF BEFORE FINDING OUT THAT I HAVE WON ABSOLUTELY NOTHING ON THE SCHOLASTIC ART AND WRITING AWARDS, FOR WHICH I AM NOW SUFFERING SERIOUS WITHDRAWAL!!!

Do you know how painful this feels? It’s not like my life has been dedicated to writing for this, but it still feels like someone has just given me the biggest slap in the face and said “KARMA!” a thousand billion times.

The entire waiting period, I was CROSSING OFF DAYS FROM MY CALENDAR FOR A MONTH AND A HALF, FOR PETE’S SAKE!!!!!!!!!! I genuinely believed that I was going to win the regional gold medal for poetry in the 8th grade division, and now my nicely planned dream school year is not going to end up being so dreamy! I was checking the work of past winners from the awards, thinking that my work was just as good, if not BETTER! oh, what on earth was I thinking?….

yeah………my cocky attitude has completely failed on me. I just wanted the universe of blog to see my feelings vented out like a senile old man who doesn’t know what day of the week it is (hopefully that is not  the actual impression you got..)

Thank you for reading this entire boring blog.

I wrote this poem in June, and then later went on to make a further sieres with the same idea about a French girl named Genevive, and her travles around the world.

Genevive puts her hands in her pockets

It is snowing and her hat covers her ears.

mornings are difficult in moscow

but moving 8 countries over is hard

in itself. This morning I believe she said

She could hardly get out of bed and

Missed her train  By 10 minutes. But, back to

as she crosses the street she zipps up her

fourth layer, and heads for the coffee

She has a buiscut and coffee and eats the crumbs.

When the bill comes, she looks pained

then she blames the menue

next time, though, when she finds out

Oktovo Olenovdsky works at Dobre Din, the coffee shop down the street,

she thinks better to go there and dreams that

Oktovo will read for her. When he gives her the bill, though,

Its the same price.

Next time when she goes he asks: how about today the Alexandovsky garden, near

she says yes. Now they speed past roads and frozen trees.

the winter, she finds, doesnt feel so cold

Look at all these awesome people who follow me